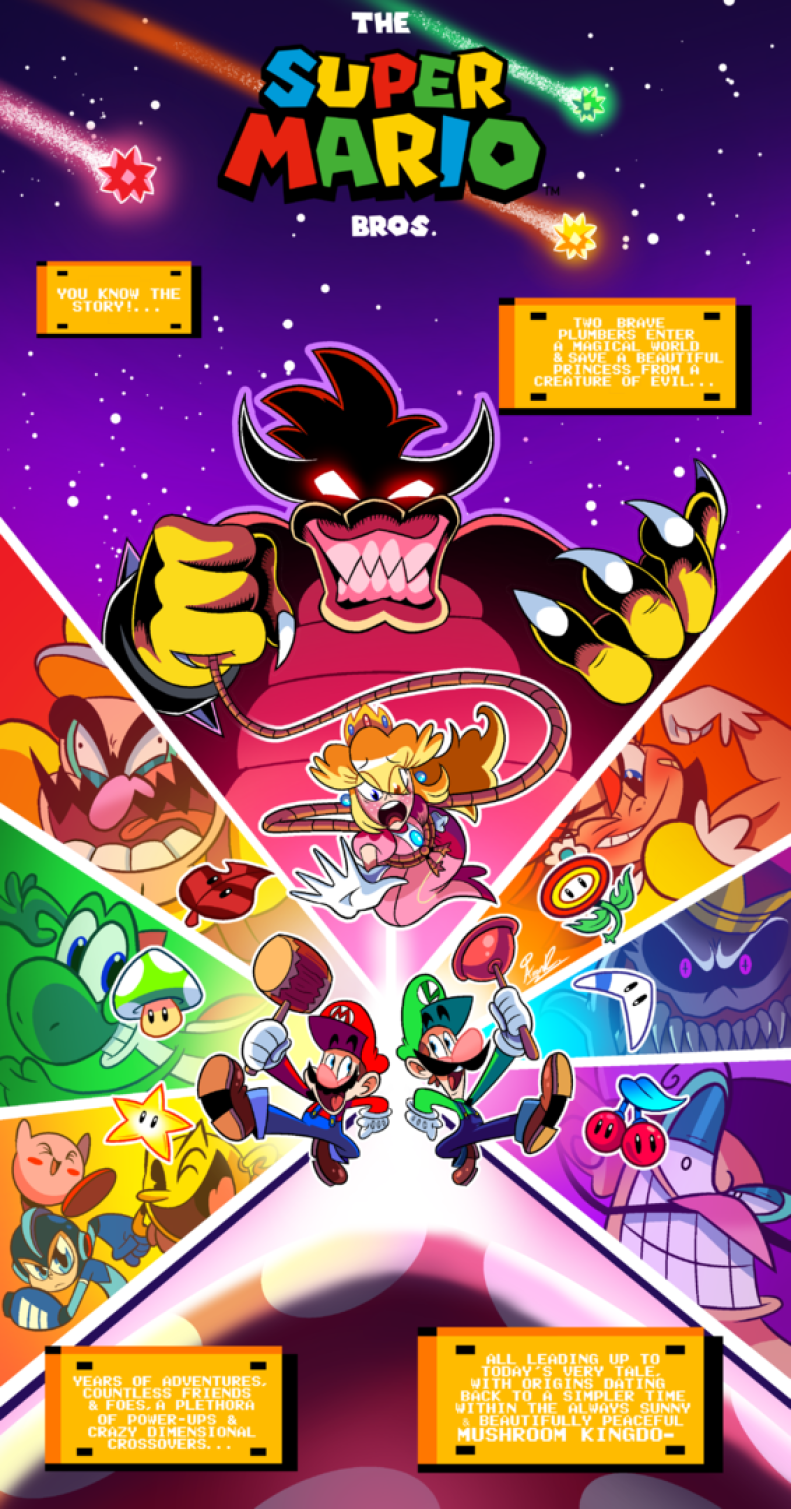 So excited to share this little fan adventure with you guys. Mario Havoc came to be after days of playing around with the idea of what a modern Mario Bros. cartoon would/could look like. After finding a dinstinct art style via tons on concept art & nailing down the initial character designs & overall story, this crazy comic was born!

While I certainly wouldn't say that I'm one of the bigger fans of the Mario franchise, I have nothing but love for it & the history behind it all. With Havoc, I hope to honor the franchise's legacy while also expanding upon the characters & universe in new ways!

There are no entries yet.